Does This Study Disprove The Theory That You Can't Outrun Your Fork? 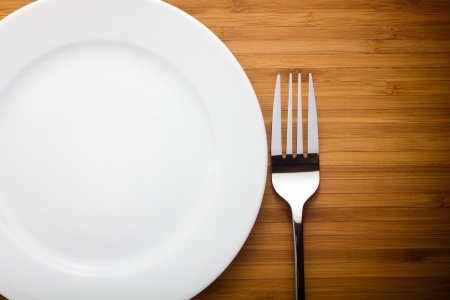 You can't out-exercise a bad diet is a phrase frequently used by Personal Trainers, nutritionists and fitness experts.

However a new study conducted by the American Physiological Society has suggested that, at least on a short term basis, this might not be true. In fact, the results from the study have also implied that the process of exercise could help combat the negative health effects that occur as a result of eating a surplus of calories over a short period of time.

In the pilot study, the researchers studied four lean and active adults who consumed 30% more calories than their normal intake for one week. During the experiment, the subjects continued their regular exercise habits (which were at least 150 minutes of aerobic exercise and at least six days of exercise in the week). The research team measured glucose tolerance and abdominal fat samples before and after the week of overeating.

Alison C. Ludzki, first author on the study commented that the initial findings suggest that the negative consequenses of overeating were apparent in the people who did not exercise after just one week. However, they found among the people who did exercise, overeating did not show the same changes (they saw no change in glucose tolerance or lipolysis - the chemical breakdown of fat).

Therefore the early findings of this study suggests that regular exercise could protect individuals from the negative consequences caused by a week of overeating (ie changes in the way fat is metabolised).

So if you go on holiday, or have a few days of over indulgence - don't panic! Keep exercising regularly and relax. Most importantly, remember that you should never use exercise as a punishment for eating indulgent foods - instead view it as extra fuel for a kick-ass workout!