How Quickly Do We Lose Fitness? 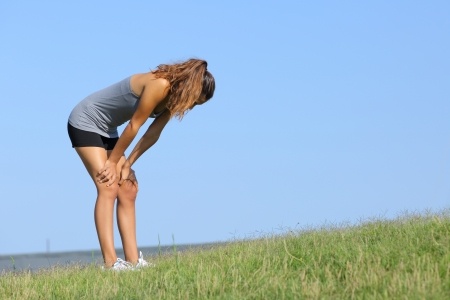 Even the most die hard fitness fanatic has skipped a workout at least once, but how many skipped workouts does it take before you start to lose your fitness?

Skipping the odd session here and there isn't going to have any significant negative impact on your progress. However what happens if that one session turns into a week or more break?

Before you start worrying about the effect your summer holiday is going to have on your hard earned fitess and strength gains, remember that there isn't a one size fits all answer and there are various factors which will affect how long it takes for you to lose your fitness.

This is one situation where it's good to have youth on your side. In a study comparing a group of 20-30 year olds and 65-75 year olds, researchers found that during a period of 31 weeks of detraining, the older group experienced a 14% decline in their 1 rep max compared to just 8% in the younger group.

How long you've been exercising for

If you've been exercising for a long time or if you exercise regularly then great work! Thanks to your previous hard work, you'll have a level of muscle memory which will mean you find it easier and quicker to return to full fitness even after months off training.

Medicine and Science in Sports and Exercise published a review of several studies on the subject of strength loss during periods of inactivity that focused on runners, rowers, and power athletes. For all of these groups, even after a month of inactivity, muscular strength fibers appeared not to change. However, although strength as a whole doesn't change during this period, sport-specific muscle fibers (ie the stuff that makes these guys excel in their area) start to change in as little as two weeks without a workout.

Edward Coyle et al. conducted a study to look at the effect of detraining in already-fit athletes.

Using seven endurance athletes with multiple years of training experience, Coyle et al. established baseline fitness levels, and measured how these declined after 12, 21, 56, and 84 days off.

The initial dropoff in fitness was quick: after 12 days, enzymes levels connected to endurance performance had decreased by 50%, and VO2 max had dropped by 7%.

This might sound scary, but the reduction of fitness leveled out after the first sharp drop off. By the end of the detraining experiment, the final level of the participants VO2 max was 18% lower than when they’d begun.

If you're fairly new to exercising, firstly - great working on moving more! Consistency is key to habit formation, so we know falling off the wagon too early can cause you to break what could have become an awesome life changing habit before it even started, but what about the actually physical impacts?

Similarly to strength levels after detraining in regular exercisers, a study that looked at what happened to previously untrained individuals when they took a three week break in the middle of a 15 week training programme, found that they finished the programme with similar strength levels as those who didn't take a break.

When it comes to cardio loss in those new to exercise, cardio fitness maintenance is tougher.  A study that looked at the effects of detraining for people who have recently started exercising found that any increases to VO2 max levels (made in the past two months) are lost after four weeks of inactivity.

Taking a break from exercise is not a bad thing, in fact sometimes it's necessary both physically and psychologically - check out the importance of rest here. But always keep in mind how important consistency is when it comes to see fitness results and most importantly creating a habit, especially for those just starting out.