A 3 Minute Guide To Intermittent Fasting 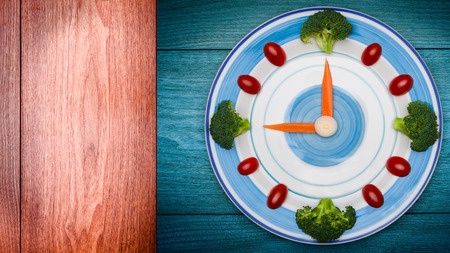 Just another fad diet? We look at the ins and outs of intermittent fasting and its effect on our health.

For a long time we've been told that skipping meals and drastically reducing calories can lead to our bodies going into starvation mode (the theory that your metabolic rate reduces with a lower calorie intake resulting in a weight loss plateau and in some cases, an increase in fat stores). Based on this principle, intermittent fasting should lead to our bodies holding onto more fat than losing it - right? However, a recent study suggests that whilst starvation mode is a very real thing in prolonged circumstances, in fact the effects of short term calorie restriction can produce very different results.

In this experiment ,11 healthy volunteers lived on nothing but water for 84 hours. They found that the volunteers’ basal metabolic rate increased while they were fasting, and by day 3 it had risen, on average, by 14%. So based on these stats, it appears that there may be a case for intermittent fasting as a menthod of controlling diet.

When we eat, our body uses the food as energy to fuel our everyday functions and any physical activity (such as exercise) we might undertake. If our body is using food as fuel, then it won't be drawing upon any other sources - for example, fat.

Intermittent fasting works with the theory that if there is no food to burn as energy (during a period of fasting) then your body is more likely to turn to your fat reserves to do the job -  #winning.

So what is it? Simply put, it's skipping certain meals or limiting eating to a fixed time window and eating few or no calories for the rest of the time (usually between 14 and 36 hours).

If we consider that we're supposed to get an average of 8 hours sleep a night, at the lower end of the scale that's a period of roughly 3 hours before bed and 3 hours after you wake up, and over a full day (14hrs either side) at the more extreme end.

There's a few different ways that you can approach intermittent fasting:

Probably one of the most popular ways of fasting (and less scary than 2 whole days with no food), the 5:2 diet advocates eating low calories for 2 days a week (around 500 - 600 calories) and eating normally the rest of the time.

The 16/8 approach works by restricting your eating time frame so that you are fasting for 16 hours and eating for 8, for example eating your first meal at 11am and your last meal at 7pm.

So fasting diets seem to be gaining popularity. In most cases, the evidence seems to suggest they are safe for short periods of time. However, you should always check with your doctor especially if you have any health issues.

But as with any diet change, unless this is something you will stick to forever you should be very wary of doing them for weight loss as the effects could just be temporary.

Fitness and motivation, Food and nutrition