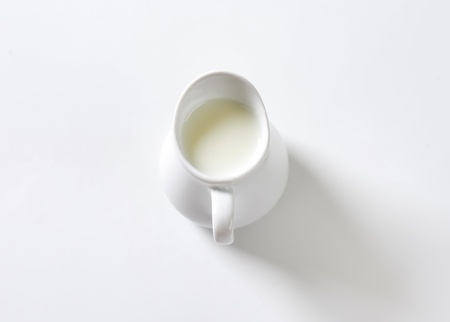 Milk – it’s a staple in many people’s diets and one we began drinking around 7500 years ago!

And for good reason too, milk carries a host of nutritional benefits, including calcium which can help maintain strong and healthy bones and protein for muscle growth.

Up until the 1940s milk came in one way only – full-fat. However, when dietitians and medical institutes began warning people of the potential dangers of saturated fat in their diets, full-fat milk fell out of favour in a big way. In fact, between 1975 and 2014, sales of whole fat milk fell by 61% and skimmed milk sales increased by a huge 156%.

Sales are back on the up now due to the reconsidered risks of saturated fats but pop by any popular coffee chain and you’ll often hear people still ordering “skinny” coffees. So which milk should we be consuming? We look at both milks in detail and let you know the facts.

Milk is a great product to include as part of your daily diet. However, unless you are very overweight and drastically need to decrease your calorie consumption than there are very few benefits of switching to skimmed milk – but lots for drinking whole milk!

As with everything, practice moderation, buy the best quality you can and enjoy whole milk as part of a healthy, balanced lifestyle.