The Super Simple Hack That Could Help Reduce Your Cravings 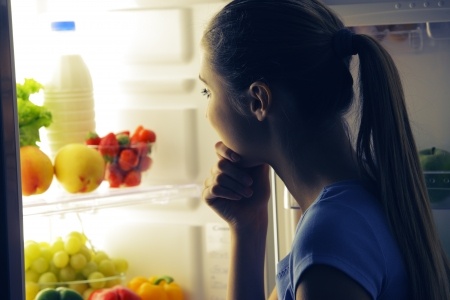 A slice of pizza, a piece of cake, a glass of wine, a doughnut - some things are hard to stop thinking about when they get into our head.

The more we think about them, the worse the craving gets until some of us end up either giving in and eating them or resisting but feeling deprived.

But what if there was an easy way to put a stop to these cravings before they take hold? Dr Carey Morewedge of Boston University alongside BBC's Trust Me I'm A Doctor thinks the answer could be simpler than we think.

Most of us might think that the way to "cure" a craving is by distracting ourselves from thinking about it, but according to Dr Morewedge, the opposite could actually be true.

He suggests that in fact, if you imagine eating the food you are craving 30 times you will no longer want it. So the Trust me I'm A Doctor team decided to test it out.

You can get the full detail about the split of the experiment here, but the results showed some interesting behaviour correlating with the amount of chocolates the subjects imagined eating.

In 2 out of 3 of the experiments, the subjects that were asked to imagine eating a high number of chocolates (30) before actually eating them ate a considerable amount less than those who imagined eating just 3.

So can a simple 'imagining trick' really help you reduce your cravings? Maybe. The reason it works is due to a process called 'habituation'.  Habituation is when your brain gets used to doing something and less stimulated by the sensations created by that certain thing. The Trust Me I'm A Doctor guys suggest that it's why we will eat more of the same food if there are different flavours available or why we will opt for pudding even when we're full from a main course. So by imagining eating the thing you're craving 30 times over, you can trick your brain into becoming bored of it (before you've even eaten it!)

So whilst this trick might not banish cravings completely, the science does suggest that it can certainly help reduce them (and stop an all out binge) - that's got to be worth a try! Want to see more experiments from the Trust Me I'm A Doctor team? Check out this easy way to make your carbs healthier.