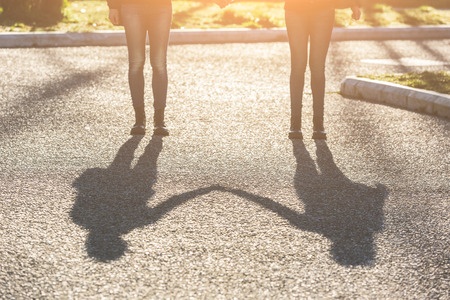 Being on the receiving end of an act of kindness feels great, whether it be something as small as a reassuring smile, or the offer of a helping hand when times are tough. But you know what also feels great? Being kind to others.

It turns out that there's actually some scientific backed benefits in being kind to others, check out these 5 reasons to be kinder today:

It turns out there might be a benefit to listening to someone else's problems or helping a person who has just dropped their shopping in the street. A study conducted by Claremont Graduate University has found that being empathetic towards a stranger can increase oxytocin levels by 47%. Widely referred to as the "love hormone", oxytocin has been found to have a positive impact on relaxation, trust and psychological stability.

2. Being kind can have a positive effect on the brain

Researchers at the National Institute of Neurological Disorders and Strokes conducted a study into charitable giving, to investigate whether people experienced happiness from giving to charity, even when they knew there was little chance of them receiving anything in return.  The study found that when it came to giving money away to charity, there was a heightened activity in parts of the midbrain, a region known to be involved in primal desires (such as food and sex) and the satisfaction of them.  This result suggests that the "joy of giving" has an anatomical basis in the brain – the same that is shared with selfish longings and rewards.

Researches from the University of British Columbia found that when subjects with high levels of anxiety carried out random acts of kindness, they experienced a significant increase in positive moods and relationship satisfaction and a decrease in social avoidance.

4. Kindness can help you live longer

A 2003 study by Dr Stephanie Brown found that people who engaged in kind behaviour by offering help to others had a lower risk of dying over a 5 year period. Interestingly those who were on the receiving end of these acts showed no decrease in death risk (bringing a whole new meaning to the phrase "kill them with kindness").

There's no denying it (and science agrees) there's a lot of benefits to be achieved from being kind to others. So next time you see a person in need - be kind, you alturistic behaviour is proven to have positive influences on your health and happiness.