Are you a new mum (or do you know one) who wants to fit in time to exercise but can't quite find the right way to start?

You're not alone - in fact when surveyed by Move, while the majority of people said that their main barrier to maintaining a fitness habit was work commitments, family is high up on the list.

Exercise barriers are the silent killer of your progress and can often be left far too long and take an increasingly larger amount of motivation to break free from.

Work, family (and general life) are all super important and shouldn't be thought of as something that you have to remove or cut down on at all in order to fit in exercise - you just need to get smart with the way you workout and be aware of what you need to work around. 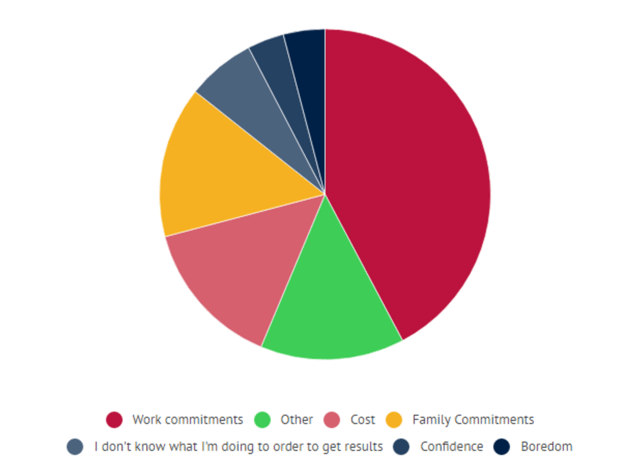 A new study recently published in the Journal of Health Psychology suggests that the key to helping new mums embark on an exercise regime is flexibility.

Which would you have said was the better plan for success?

The study found that those who were in the flexible group that chose any exercise, increased physical activity slightly more than the regimented running group over a period of six months.

What does this study tell us?

Although this study is specific to new mothers wanting to get back into exercise, it highlights 2 very important factors that are key to creating a sustainable fitness routine:

Flexibility and convenience are significant factors when it comes to making or breaking an exercise habit.

Find an exercise that works around your lifestyle, whether that's an at home workout that you can do while your baby sleeps or a gym nearby to your home or your child's nursery, just because you see other people follow a regimented routine, doesn't mean it will be right for you.

Finding something you look forward to doing is key when it comes to creating a habit for life.

This is especially important to consider if you're returning to exercise, as what you enjoyed before may not necessarily be what you want to do now. For example you might have loved weight training before you had your baby but now that doesn't fill you with excitement anymore - so change it!

The act of moving should remain consistent and be something you love to do forever- it's a lifestyle not a fad.