Is Sugar More Addictive Than Cocaine? 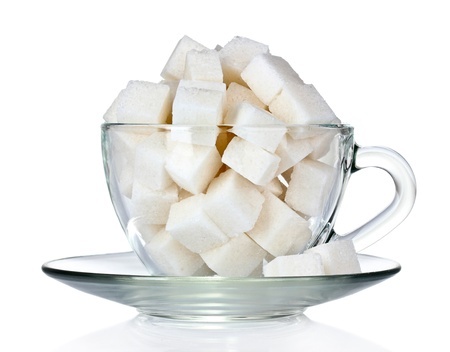 Sugar's having a rough time of it lately, not a day goes by when there isn't a new article published, or celebrity TV programme aired or Netflix series produced about the perils of the white stuff.

At a very basic level, the majority of us know that the sweet stuff is high in calories, which can make us overweight and in turn increase our chances of developing diabetes and heart disease. Not so sweet. But do the problems run even deeper than this?

According to some studies, yes.

A 2007 study found that when rats were given the option to choose between drinking water sweetened with sugar or intravenous cocaine, the majority of them chose the sugary water. According to the researchers, 94% of the rats displayed behaviour that suggested they preferred the "high" that they got from the sugar than the cocaine.

So it seems that not only does sugar affect our waistlines, it also can make significant changes to our brain function. Here's just a few of the effects:

It can make your brain crave more sugar

I'm sure we've all heard someone flippantly comment that they are "addicted to chocolate" but for those of us who consume too much sugar this could actually be true. When you eat a sugary treat, signals are sent to the brain which light up pathways associated with rewards. This then causes a surge in dopamine (the neurotransmitter that helps control the brain's reward and pleasure centers) which leads to that euphoric post-chocolate binge feeling. On an occasional basis this is fine, however as Dr Nicole Avena explains in this video, if these pathways are lit up too frequently then this can lead to a loss of control and intense cravings.

It can cause depression

What goes up must come down, and as with the aforementioned post-sugar high often comes a horrible crash which can make individuals feel anxious or moody. Research has suggested a link between depression and high sugar intake. Sugar is known to suppress the activity of a hormone called BDNF which is found to be low in people who suffer from depression and schizophrenia.

It can (literally) make you lose your mind

Another rat study showed a diet consistently high in fructose slows the brain, hampering memory and learning ability. This study found that the rats who had gone too heavy on the fructose had damaged the parts of their brain that allowed for communication pathways to work properly.

So if you're reading this thinking "crikey, some of this sounds a bit like me" then maybe it's a time to cut back on your refined sugar consumption (cakes, sweets, chocolate, takeaways, fizzy drinks, alcohol etc). The daily recommended allowance of "added sugar" (ie not naturally occuring sugars found in fruits and complex carbohydrates) is 6 teaspoons or 25 grams. To put this into perspective, there's 35g in just one can of coca cola, a sweet and sour chicken with fried rice can contain up to 80g of sugar and there's an eye watering 25g in just one bottle of Bulmers cider.

As always, we're not suggesting you should ever deprive yourself, but think about sugary treats as exactly that - an occasional treat and make informed and educated decisions when it comes to what you eat.

It's also important to remember that there are many components that make up a healthy, balanced diet - sugar is just one part of the puzzle. Start with the basics - move more, eat well, live healthy and live happy :)