Is This The Answer To Ageing? 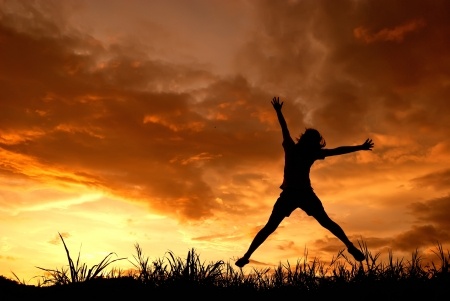 Ageing - it's one of the few guarantees in life, but what if there was a way to prevent the negative effects that come with it?

Science suggest there is and it's pretty simple - be more positive. In life you'll always find some people that are just more positive than others - but are these people scientifically benefiting from their positive outlook on life?

A study conducted in 2011 suggests that people who have a preference for "positive, emotionally gratifying experiences" are more likely to age successfully than others.

German neuroscientists studied this effect by using neuroimaging to evaluate brain engagement in young and old adults while they performed a specialized cognitive task that included looking at pictures of either neutral, happy, sad or fearful faces. During parts of the task when they didn't have to pay as much attention, the elderly subjects were significantly more distracted by the happy faces. When this occurred, they had increased engagement in the part of the brain that helps control emotions and this stronger signal in the brain was correlated with those who showed the greatest emotional stability.

Dr. John H. Krystal, the Editor of Biological Psychiatry commented that "The lessons of healthy aging seem to be similar to those of resilience... throughout life when coping with extremely stressful life challenges, it is critical to realistically appraise the situation but also to approach it with a positive attitude"

This isn't the only study to suggest this sort of correlation. A 2007 study that followed 6,000 men and women over 20 years found that behaviours such as enthusiasm, hopefulness, engagement and the ability to cope with stress with emotional balance appeared to reduce the risk of coronary heart disease.

A more recent study by Harvard University surveyed 7,000 women about their health and mental state over an 8 year period. The study found that the women who ranked in the top 25% for optimism had a 29% less chance of dying from any cause during their follow-up period.

So if you want to live longer, science suggest dealing with situations with a positive outlook is key.