Porridge Vs Eggs On Toast 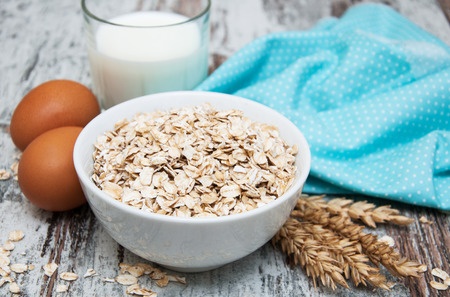 There's never more controversy, discussion or myths surrounding a meal than there is about breakfast.

We've already cleared up the myth that skipping breakfast doesn't have any effect on your weight, so what should you eat for breakfast to set you up for the most nutritious start to your day?

We've decided to take a closer look at two favourite breakfast choices, porridge and eggs on toast to see which one wins the battle of the breakfasts!

Oats are a form of complex carbohydrates which is a good choice for your first meal of the day. Many complex carbohydrate foods contain fiber, vitamins and minerals, and they take longer to digest – which means they have less of an immediate impact on blood sugar, causing it to rise more slowly, hopefully keeping you full until your next meal.

A 2011 US study also suggested that people who ate a diet rich in wholegrains were 15% less likely to die from heart disease than those who ate white and refined carbohydrates.

Whether they are scrambled, poached, boiled or fried, eggs are a great option on wholemeal toast in the morning. This is because they provide a combination of both complex carbohydrates and protein. As we mentioned above, complex carbohydrates are good, but protein converts into glucose even slower, meaning that you're much more likely to avoid the mid morning slump and reach for a sugary snack to keep your energy levels from flagging - just make sure you're using wholemeal bread.

In this scenario, eggs on toast is the breakfast winner due to their protein and complex carb double whammy - it's especially good if you're trying to keep yourself full till lunch. Don't ditch the porridge straight away though, add some greek yoghurt, nut butter and/or seeds for an added protein punch.