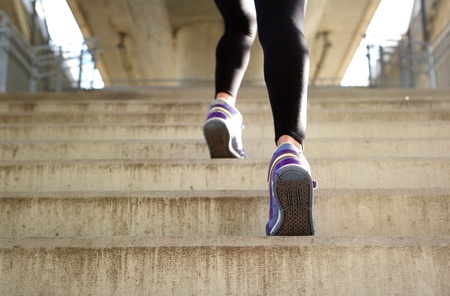 We've talked before about the fact that happy people exercise every morning, but could it be that this is also the trick for keeping our brains ticking over?

Take a look at the exercise habits of some of the most successful people: Barack Obama exercises for 45 minutes a day, 6 times a week and includes a mixture of cardio and weight training. Richard Branson kite surfs, swims or plays tennis every morning. Editor of vogue Anna Wintour plays tennis every morning and Facebook founder Mark Zuckerberg works out at least 3 times a week.

So is this all a coincidence or could exercise actually improve brain functionality? Science suggests it could be the latter.

Science has long supported the link between exercise and brain functionality which is why it is often recommended for stroke patients and people with dementia.

However, a new study conducted on female twins has shown a definite link between strength (measured by leg power) and improved cognitive function and brain size. The study showed that the chemicals that are released in the body through the means of exercise, boosted both our processing power and the mass of grey matter.

From grey matter to white matter, a study conducted by the University of Cambridge found that from middle age onwards, the brains of obese people display differences in white matter similar to those in lean individuals ten years their senior - suggesting that avoiding exercise and being overweight can actually age your brain.

So if we want to keep our brain in tip-top condition, science suggests that we should be engaging in regular exercise and keeping our bodies at a healthy weight. Want some tips on how to get moving more? Check out this personal trainer approved article on easy ways to fit exercise into your day.