What Happened When I Gave Up Alcohol For 10 Weeks 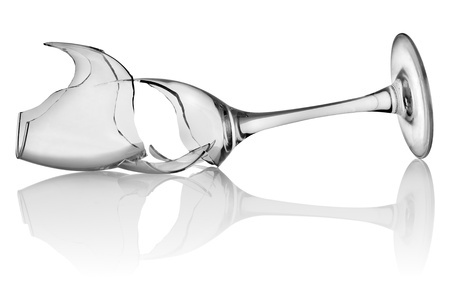 Along with a large proportion the population, after an indulgent festive period I decided to embark upon Dry January.

To give you a bit of my boozing background, I would in no way consider myself a heavy drinker. It's pretty much unheard of for me to have a drink at home in the week but I am partial to the odd drink after work. Or on a Friday night, at any point on a Saturday, or with my Sunday roast. And although it doesn't happen that often, when I'm going out - I'm going out.

So, back to Dry January, honestly? It was a breeze (let's face it nothing really happens in January) In fact, I actually forgot that January had ended and by the time I realised my abstinence period was over, we were well into February, so I decided to extend my booze ban until my birthday - taking me to just over 10 weeks (72 days).

If you're expecting me to start waxing lyrical about how amazing my skin looks, how much weight I've lost or how much money I've saved then you'd be wrong. My skin has barely changed, I lost a bit of a weight (but it's hard to know if this was due to other factors) and the money I would have spent on alcohol I have probably spent on peanut butter.

So, what did happen?

During my time apart from booze I learnt a few valuable things about myself and my relationship with alcohol:

1. People don't really care if you drink or not

I've been on a few nights out which I was dreading doing booze free - so much so that I considered telling people I was on antibiotics or pretending that my sparkling water was a gin and tonic. I needn't have worried. On the whole, people really don't care if you're drinking or not. I was so caught up in being perceived as "boring" because I wasn't drinking, when actually it's really up to you what you do or what you drink and chugging your way through a bottle of vino isn't an automatic ticket to making you the life and soul of the party.

Not in a scary "can't get out of bed without a whisky" type of way, but I definitely use alcohol as a buffer in many situations. I went out one evening where I didn't know many people, and whilst I'd consider myself a fairly confident and chatty person, my default position before would have been to have a few glasses of wine before to help me relax and socialise.

Like I said, I'd in no way consider myself a "heavy" drinker but I do tend to gravitate towards drink all occasions; whether I'm stressed at work, happy and celebrating or feeling down and like things are out of control - heck I'll even have a drink if I'm bored sometimes. Taking a step back from alcohol has allowed me to tackle these feelings head on and sort them out rather than trying to mask them with the "booze fog" and hoping they go away.

I'm not one to gloat but no hangovers = amazing workouts. A few too many drinks can so often lead to a skipped morning workout and some bad food choices the next day, but ditching alcohol has brought a consistency to my workouts and nutrition that has helped me achieve some pretty great results.

4. Not many nights are good enough to justify the hangover

Although I'd consider myself a pretty happy person when I'm drinking, my hangovers make me tired, anxious and unhappy. Skipping my workout makes me feel rubbish. Eating 3 packets of monster munch and a lucozade makes me feel unhealthy. Not being able to remember parts of the night before makes me feel out of control. Yep, no alcohol does mean I've missed out on some giddy highs of getting tipsy, but it also means I've avoided some pretty awful lows of a hangover.

So after 10 weeks off and some fairly convincing reasons to give up for good, will I have a drink (and more) on my birthday? Yes. Will I join my colleagues for a cider on a summers evening? Absolutely. Giving up alcohol for 10 weeks has not made me want to never drink again, but it's certainly made me reassess my relationship with it.

Cutting back allowed me to have better and more meaningful conversations with my family and friends and it's allowed me to be more creative and productive at work. I want to have a drink because I want to enjoy it - not because I need it to escape, or because I feel I should be having one in order to have a good time or just fit in with the crowd. Sometimes it's good to tackle life head on, without the uncertainty, fogginess and grey areas that excessive amounts of alcohol can bring - I'll drink to that.